A successful scheme that cuts the number of falls in care homes could be rolled out across the North-East. NHS Grampian chief executive, Malcolm Wright, has praised Rosie Cooper – falls lead for the Aberdeen Health & Social Care Partnership – for her work in an Aberdeen care home.

The scheme’s aim was to cut resident falls by up to 20%, but it exceeded its target & reduced fall rates by 36% at the city care home. The average falls rate dropped from 49 per 1000 occupied bed days to 23.6 while the project was in place.

Ms Cooper’s work has been published in the British Medical Journal. The report said: “The improvement shift came following a root cause analysis of the nature & cause of one resident’s falls & applying the tool & communication processes.”

It is now hoped the care home fall reduction initiative – which involved improved staff training, brainstorming posters to gather staff ideas on preventing falls & increased communication – can be adopted at homes across the region.

Mr Wright said the breakthrough has come at a crucial time, with more people than ever entering care homes. He said: “Falls prevention is currently a very hot topic both in hospital & in the community.

“Learning from this is influencing the ongoing falls prevention agenda.”

The care home population is rising & in Grampian alone it is estimated to increase 23.3% by 2018. Between August 2014 & July 2015, care home residents who had fallen accounted for 28.83% of all people, aged 65 or over, who were admitted to ARI’s Emergency Department.

The British Medical Journal report stated: “Notwithstanding the growing impact on unscheduled care, falls also lead to pain, fear, loss of independence, a poorer quality of life & can ultimately contribute to death.”

Find out how SensorCare falls prevention systems could help your care home or hospital reduce the number of falls experienced by patients by trying our 14 day free trial. 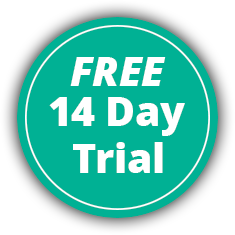